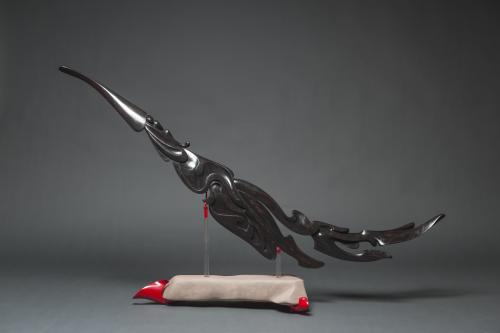 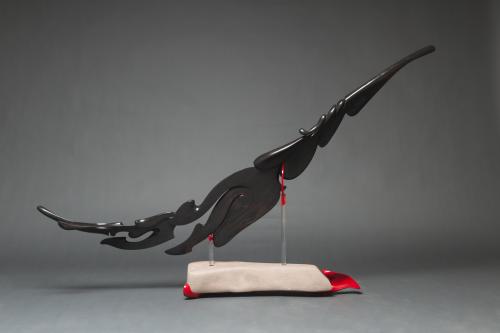 In 1975, the psychologist Mihaly Csikszentmihalyi identified the state of ‘Flow’, where complete absorption in a particular task brings on a state of hyperfocus resulting in a loss of one’s sense of space and time.

This piece began life as a fallen branch from an Ash tree in the woods surrounding our house. By the time I had cut away everything that was either rotten or wet, I ended up with a curving silhouette that seemed to me to have great energy. Starting at one end, I began to carve simple but satisfying shapes, each informed by the last, and each informing the next. The forms changed many times as the carving flowed along the wood, and often, as I worked, days seemed to pass in minutes, such was my immersion in the process. Thus the piece became not just a piece of fluid and organic sculpture, but a personification of Flow itself.