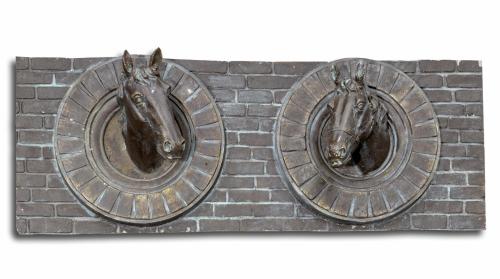 The following 8 lots were recently removed from the world-famous Camden Lock Market in London, which is situated by the Regent's Canal on a site formerly occupied by warehouses and other premises associated with the canal.  By the early 1970's the canal trade had ceased, and a northern urban motorway was planned that would cut through the site, making any major permanent redevelopment impossible, and in 1974 a temporary market was established.  By 1976, when plans for the motorway were abandoned, the market had become a well-known feature of Camden Town.  Originally, the Lock was a market for crafts, occupying some outdoor areas by the canal and various existing buildings.  It attracted large numbers of visitors partly due to stalls being open on Sundays, when previous to the Sunday Trading Act 1994, shops were not permitted to operate on Sundays.  It is now the fourth-most popular visitor attraction in London, attracting approximately 100,000 people each weekend.

Originally built as a horse hospital which served the horses pulling Pickford's distribution vans and barges along the canal, Camden Stables Market makes up the largest portion of the famous Camden Lock Market complex. Horses injured pulling barges along the canals would come here for treatment and rehabilitation. The Grade II listed stables now house over 450 shops and stalls selling a variety of items from the unique to the exotic. All of these lots were installed during the extensive renovations of the early 1990's.