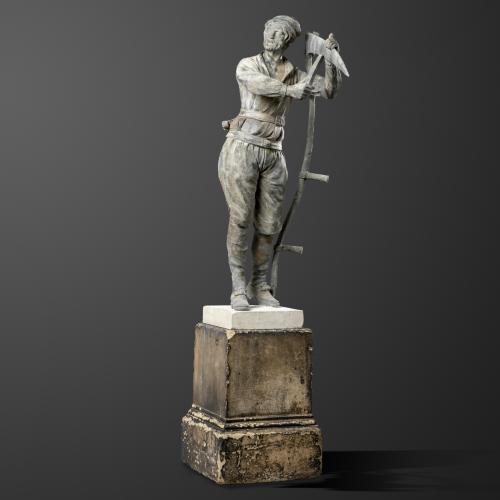 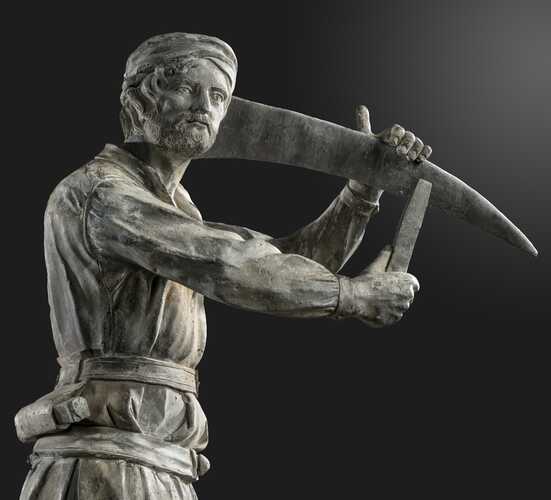 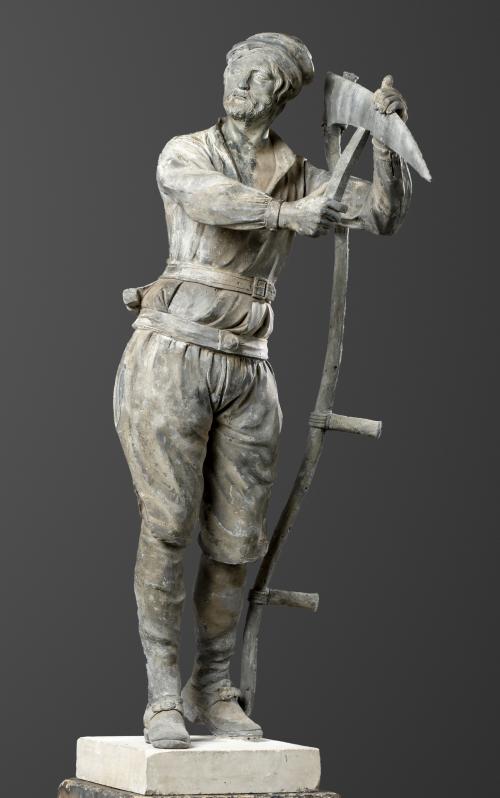 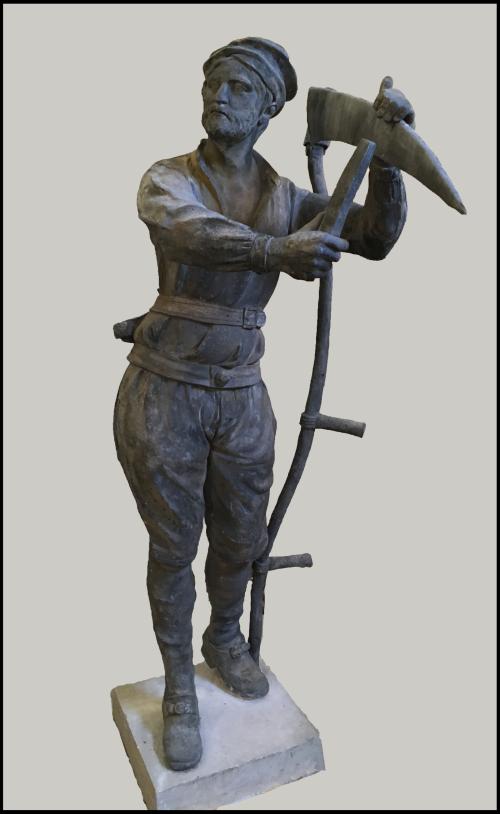 Following Sir Albert's death in 1964 his home Avenue House, Ampthill Bedfordshire was preserved in its entirety by the family for almost half a century, until its sale finally in 2013. This reluctantly followed a seven year failed negotiation with the National Trust to keep house and its entire collection intact for the nation.

After entering Ampthill House in 1919 Sir Albert went on to acquire artefacts over the next 40 years.  An admirer of the Georgian era to the extent of refusing to have electric light installed to the house.

During the 18th Century, masked balls or fête champêtres set in Arcadian settings of country houses or in London's Ranelagh and Vauxhall pleasure gardens, were immensely popular. These were attended by fashionable society dressed as milkmaids, fruit and flower girls or in the costume of the commedia dell'arte. This fascination with Arcadia was reflected in many art forms - for instance porcelain figures, but also in lead statuary in which numerous models were produced often of shepherds and shepherdesses as well as mowers and haymakers. Unlike porcelain however, the depredations of the weather and the intrinsic value of the material have resulted in very few period lead figures from the 18th century surviving. Several examples of such statues are discernible in the anonymous paintings of the Pavilion at Wrest Park.  Indeed, one of these figures appears to have been popular during Cheere's era for it can be associated with the "mowers whetting their scythes" recorded by J.T. Smith during a visit to Cheere's lead yard. An extant example of what must be the same model illustrated at Wrest and manufactured by Cheere survives at Bicton Park in Devon.