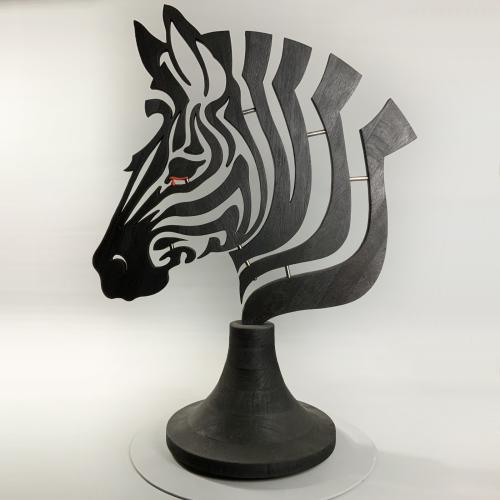 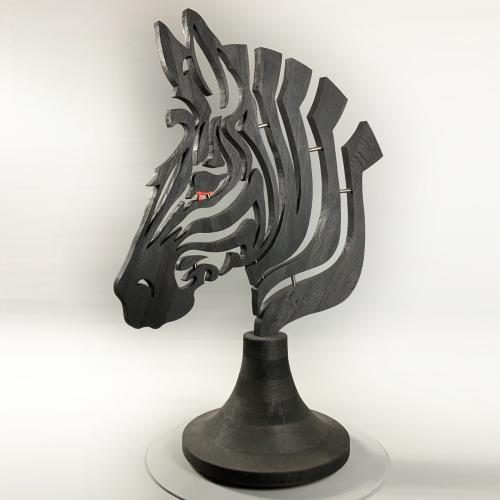 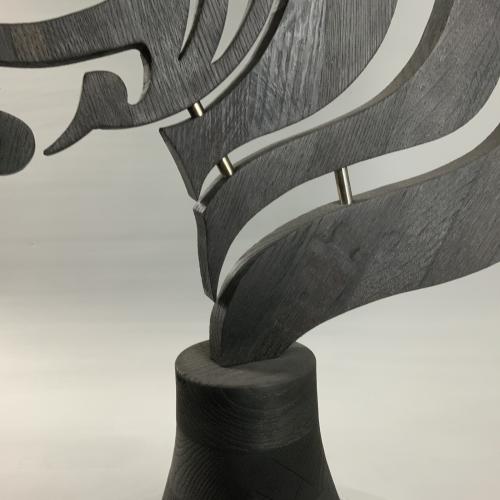 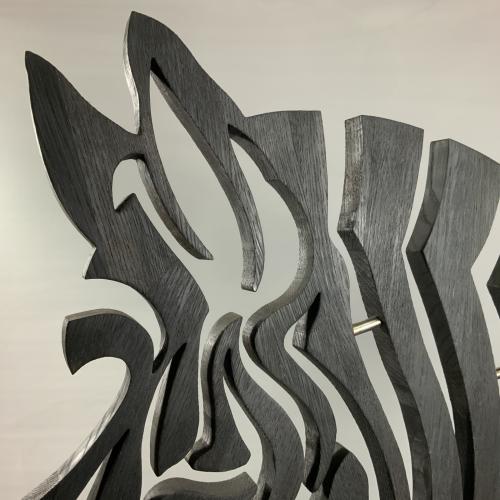 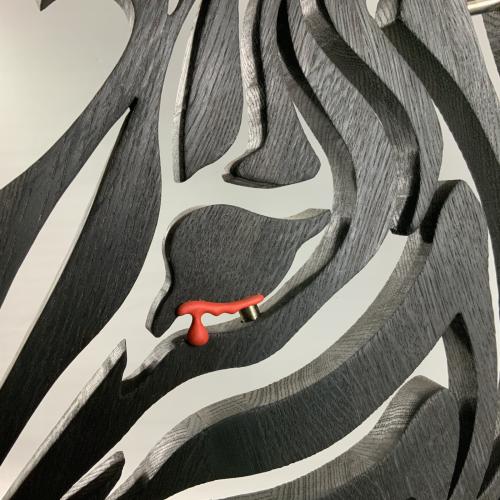 I Weep For Nature

Made for the sculpture challenge on Handmade : Britain’s Best Woodworker, a reality television competition screened on Channel 4 in 2021. The brief was to produce a one metre tall sculpture of an animal in just two days, and this piece was awarded first place by the judges, and contributed to my overall win in the competition.

While I may have a good eye for a curve, and an understanding of proportion, accurate representation of tricky things like hands and faces is really not my given talent, so I needed to find a way of abstracting a recognisable subject matter while at the same time leaving the viewer in no doubt as to what it was.

By their very nature Zebras offer a great opportunity for both graphic and sculptural statements, so I settled on this magnificent animal as my subject matter, and presented it in the manner of a portrait bust to lend it a quiet dignity. The choice to create the head as a flat and fretted image means that it is only truly visible from face on, and this, coupled with the careful manipulation of form and negative space reflects its ability to camouflage itself.

However, sculpture isn’t just necessarily just about three dimensional representation of subject matter, and often the most powerful pieces send a message, so just before I started, I decided to add a tear of blood, carved in lime wood, for it to cry in despair at man’s rape and destruction of nature. In the end, while the zebra part of this piece worked beautifully, for me it became more a portrait of the tear than the animal, resulting in a poignant work that invites the viewer to consider their impact on our planet