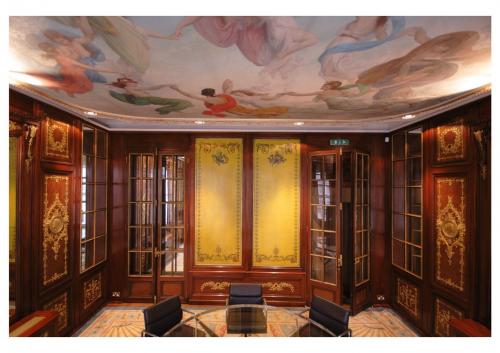 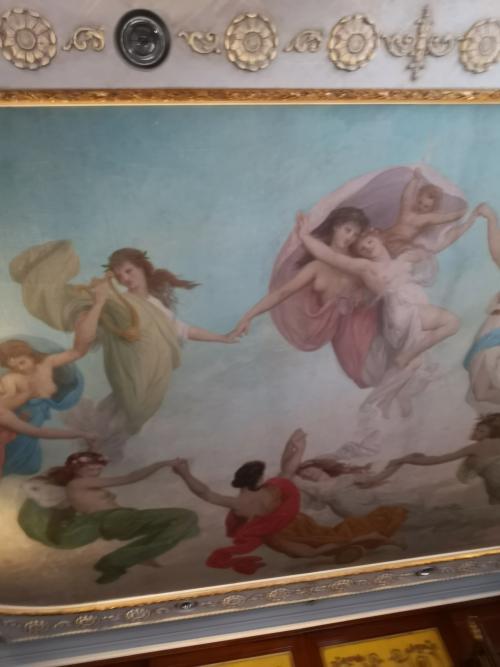 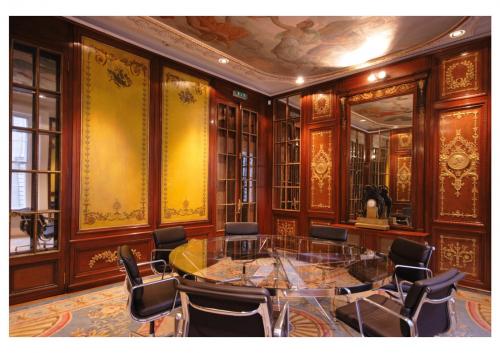 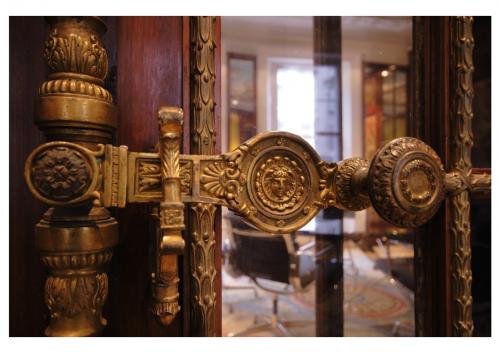 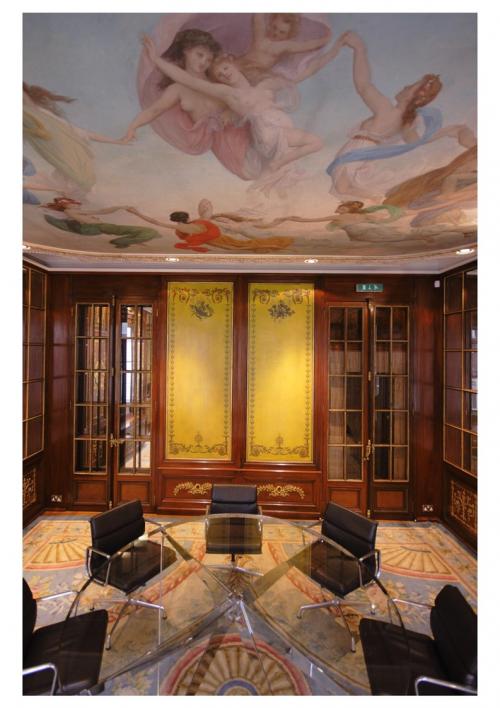 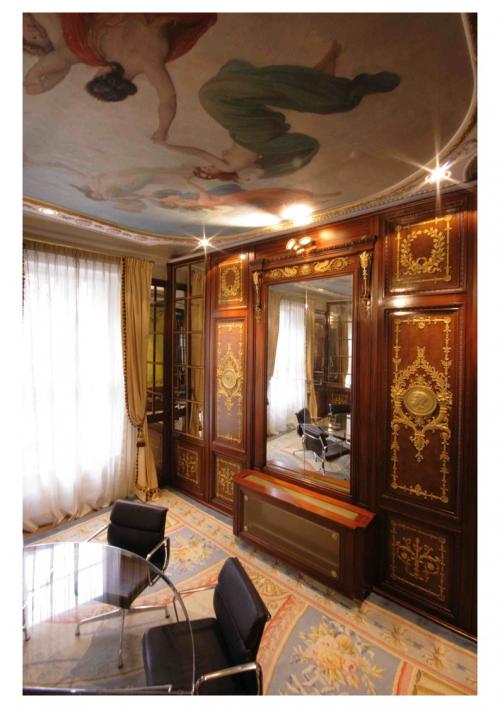 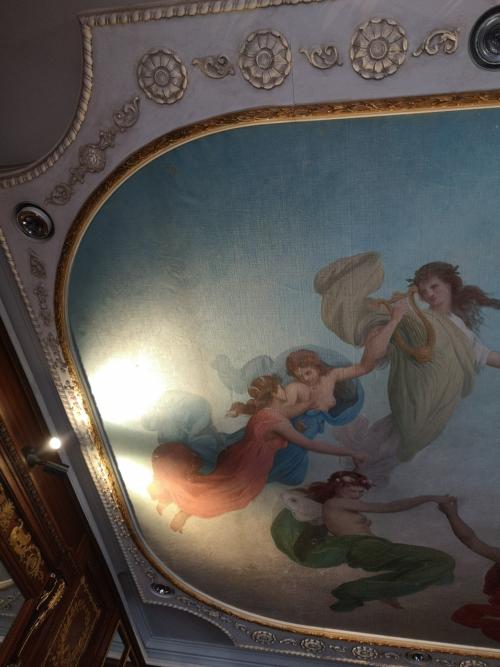 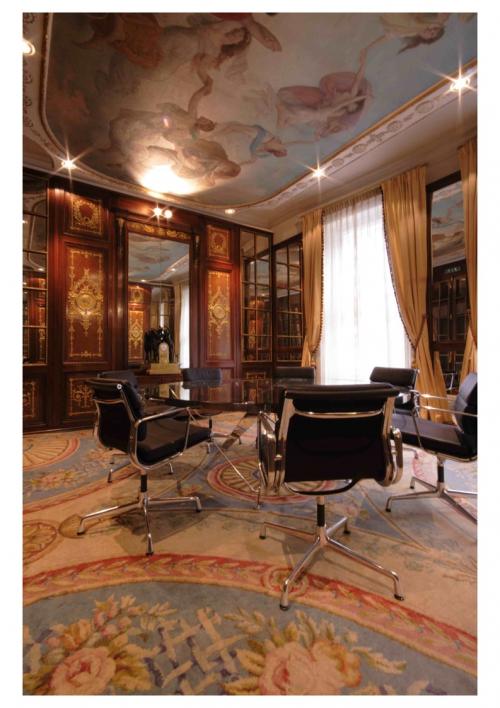 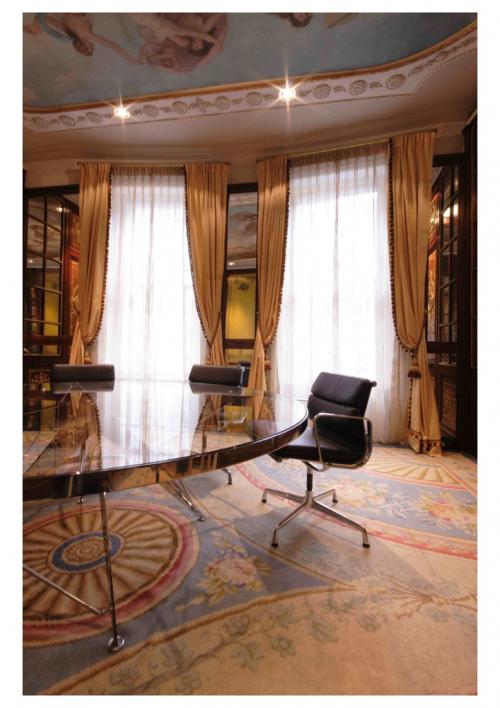 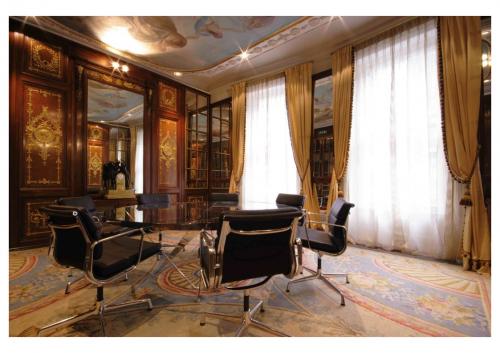 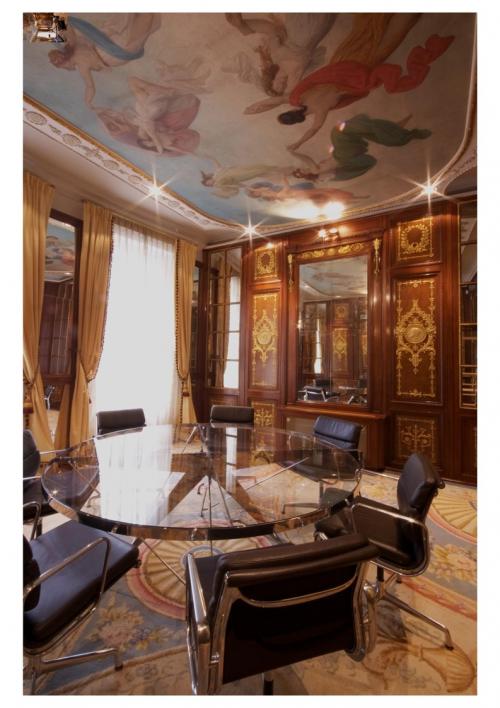 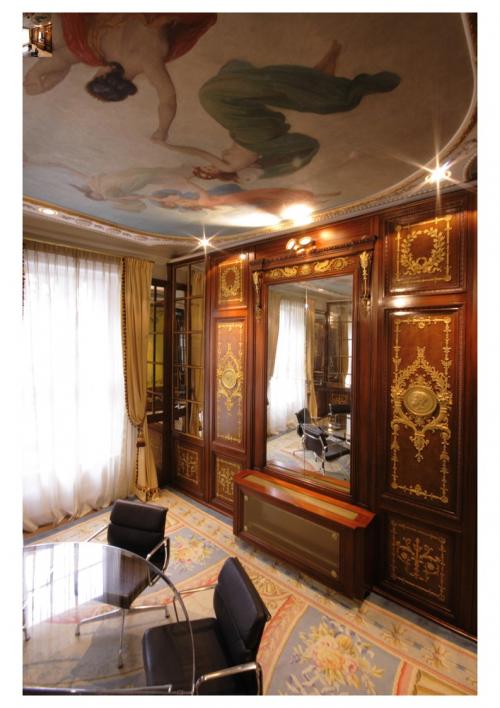 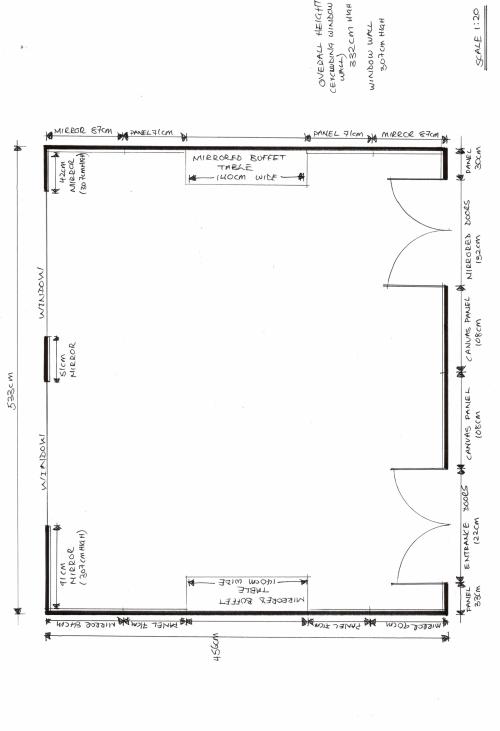 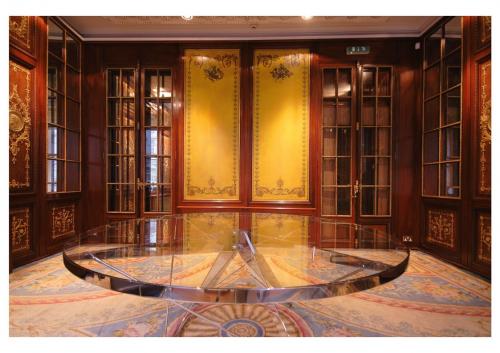 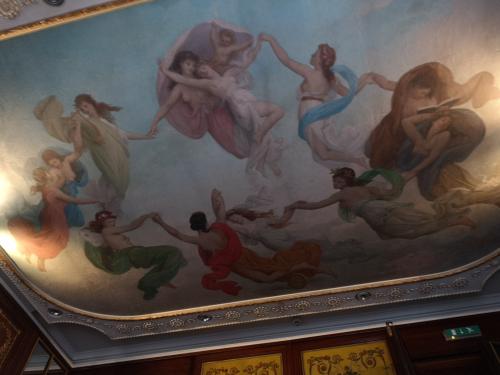 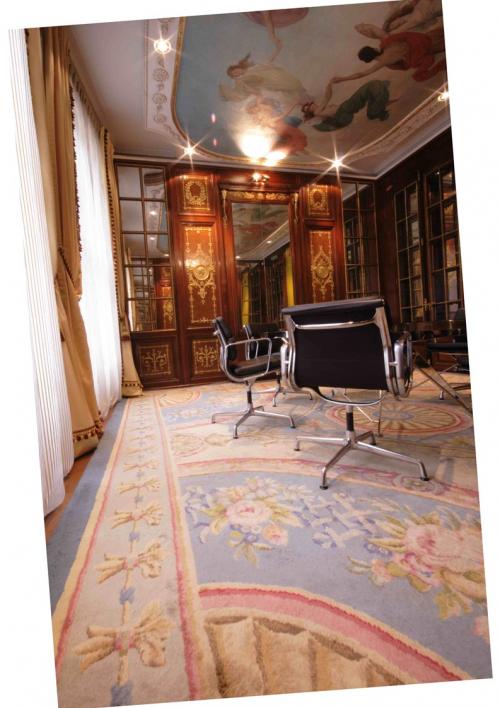 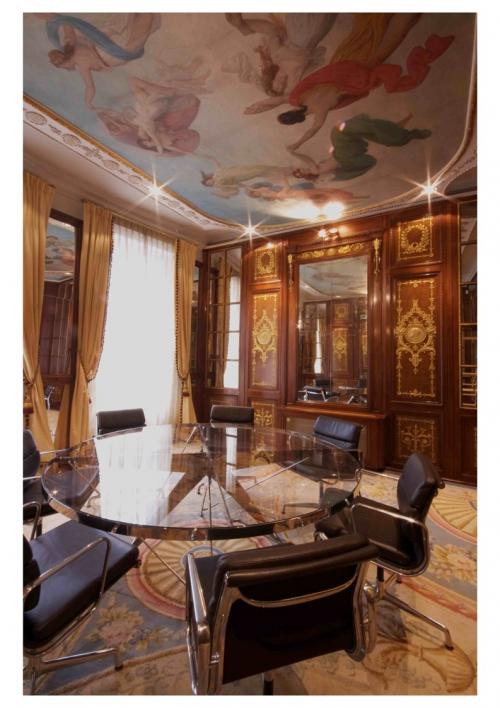 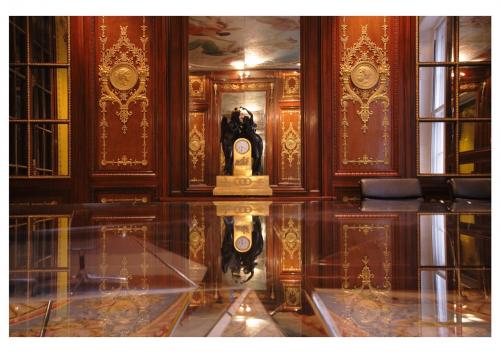 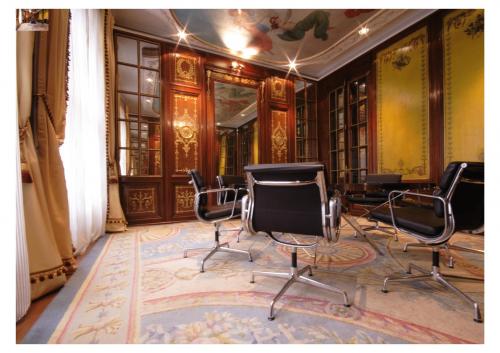 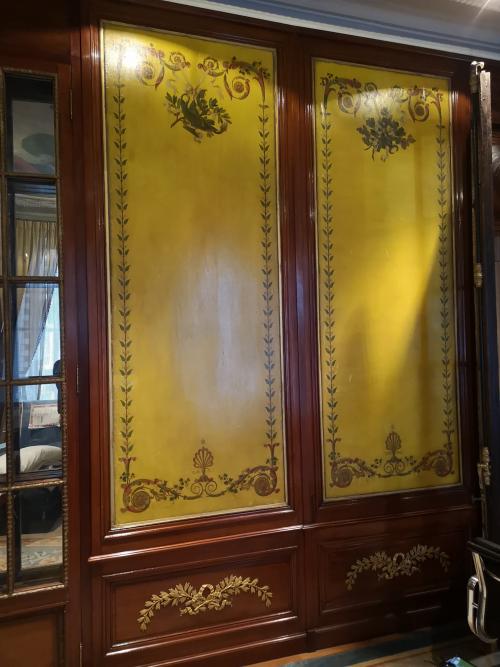 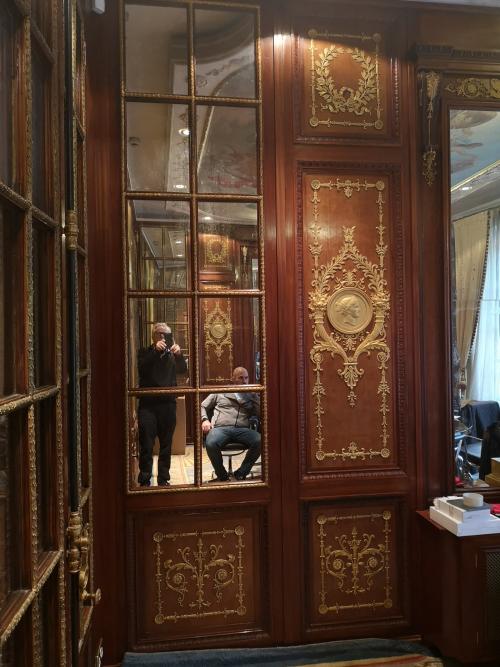 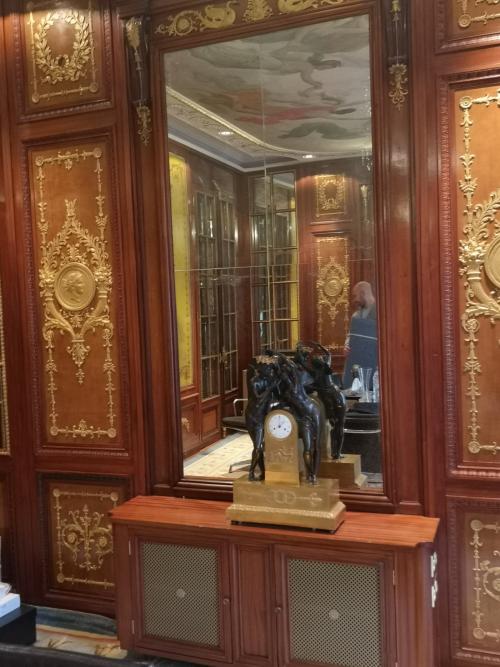 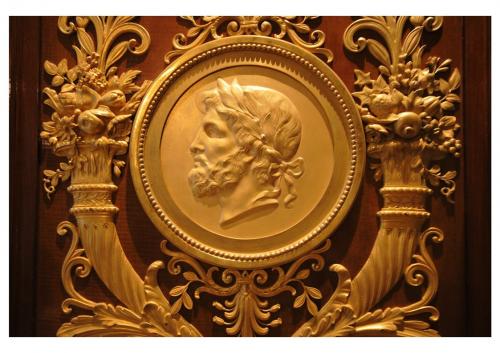 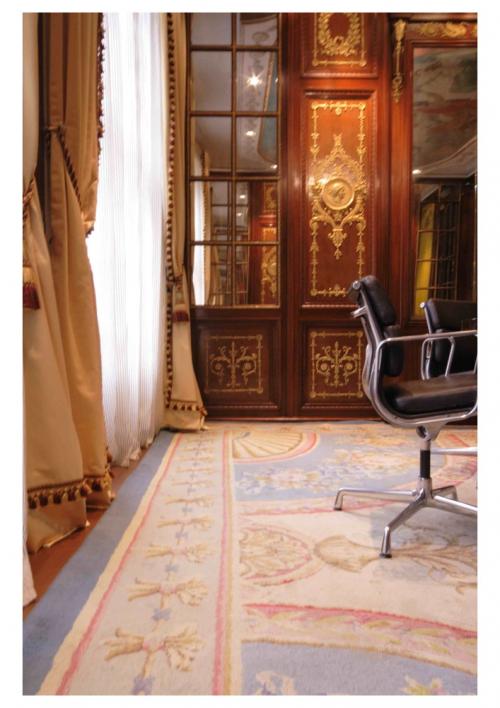 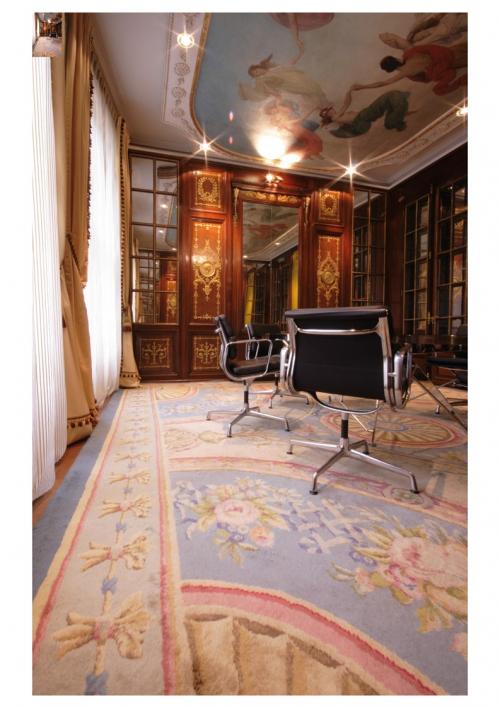 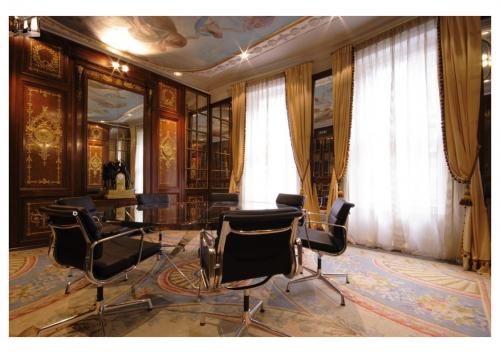 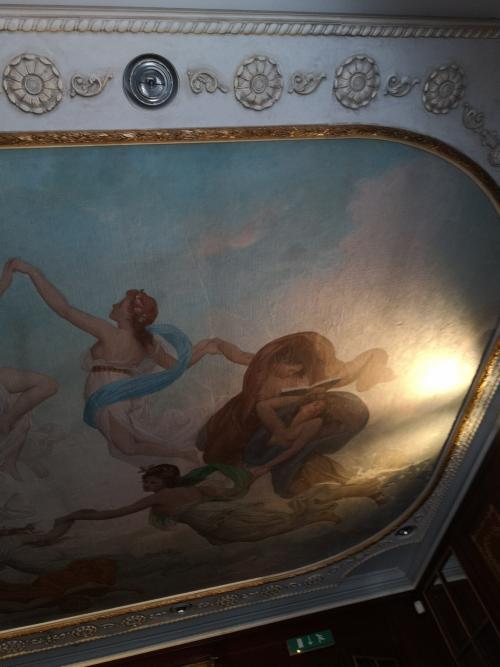 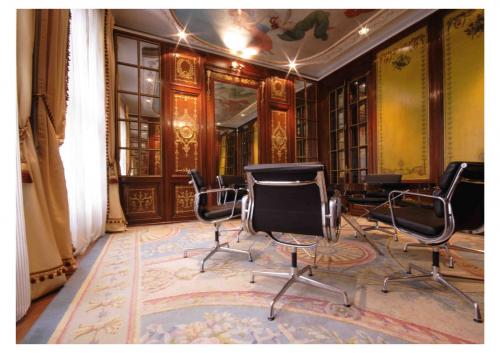 Provenance for the room panelling:

This sumptuously appointed panelled room, by provenance originally in the villa of Raymond Poincaré, ex President of France has recently been in use as the boardroom of a company in a central London office block. It has been professionally dismantled   and carefully packed up ready for transport to its new home.   The ormolu mounts are of the highest quality and since many of the components, including the four large ormolu mounted mahogany panels are identical in size it can be adapted to a different configuration. The ceiling canvas, (now removed and rolled up) is attached to a stretcher framework inside a gilt embellished painted frame and is raised and lowered on a pulley system for ease of installation.

The house of Bricard founded in 1782, and recorded as an ébéniste and miroitier working at 9 Rue Neuve-Guillemin after 1853, still specialise in making very high quality locks and door furniture.

Further images including a plan of the room, and a 360 degree interactive scan can be viewed by clicking here