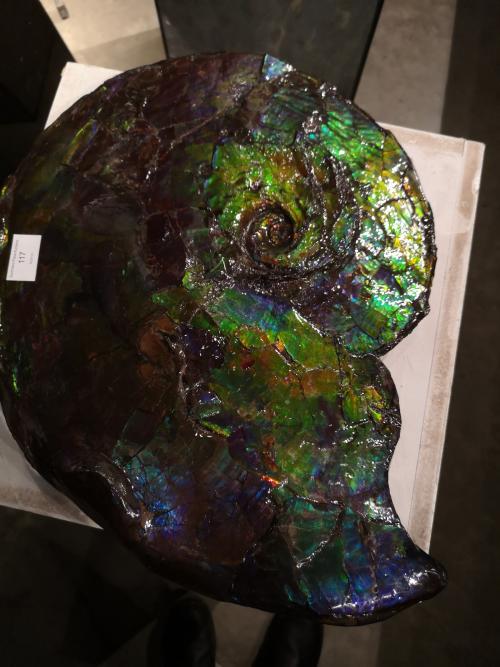 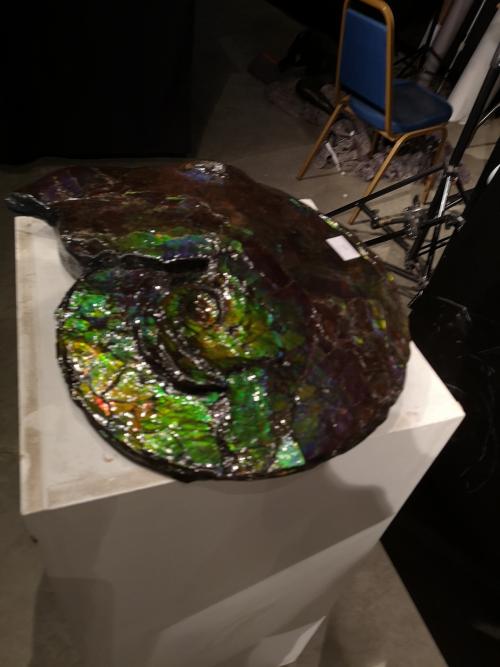 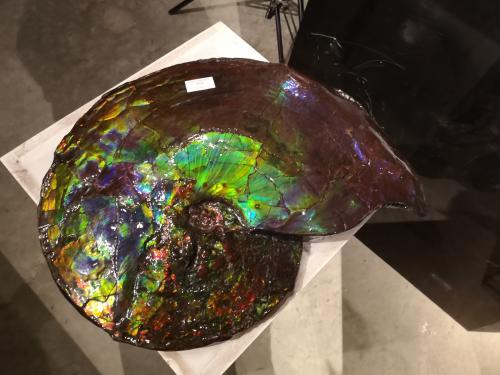 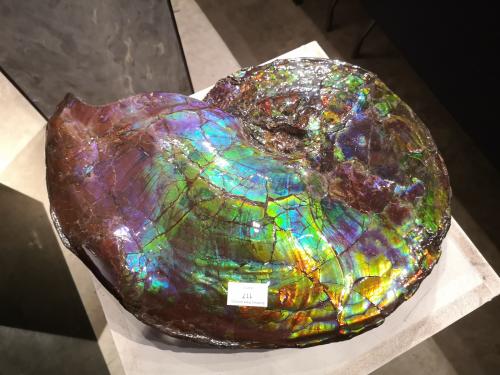 This lot is sold with a double dagger (‡) refer to buyers guide
Bidding ended. Lot has been sold.

The Bear Paw geographical formation of Alberta, Canada is famous for a substance called ammolite, a most attractive mineral that is often used in jewellery and for other decorative purposes.  Ammolite is actually the crushed up remains of a fossil ammonite known scientifically as Placentieras meeki.  Sometimes, however, whole ammonites are found and these are far too rare and wonderful to be broken up into fragments.  they are fantastically coloured in shades of iridescent reds and greens and have to be seen to be believed.  Because of their great beauty, rarity and exquisite appearance they are highly sought after and the example offered here is a particularly large one.  Due to their intrinsic value their export from Canada is now subject to serious restrictions and only those that were exported legally an be offered for sale.  The ammonites lived over 70 million years ago during the late Cretaceous period and the extraordinary colours were formed due to the intense pressure and heat to which the fossils have been subjected over the course of their existence.