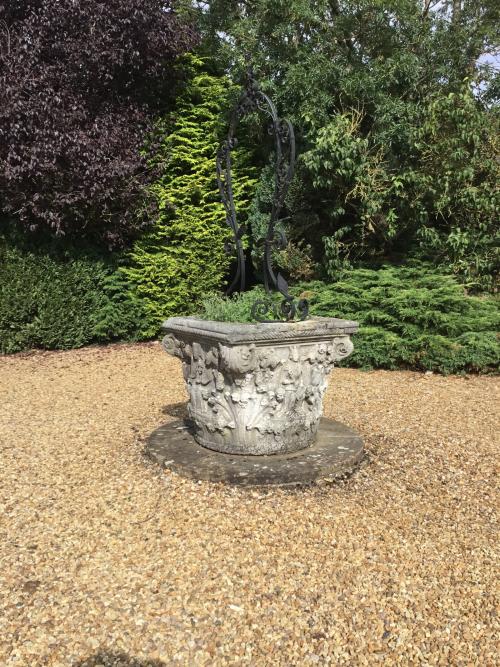 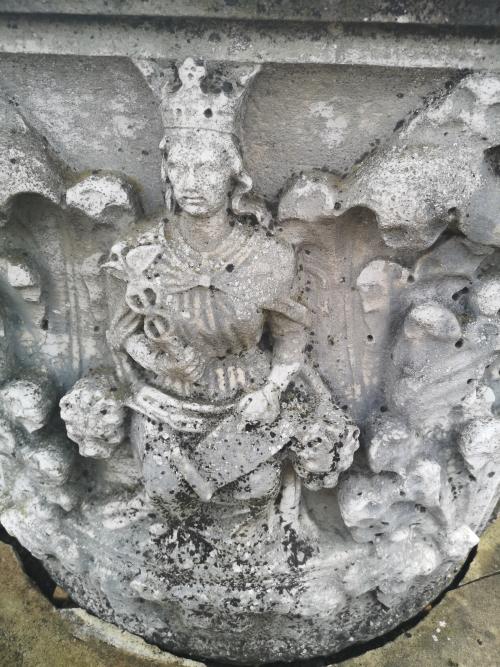 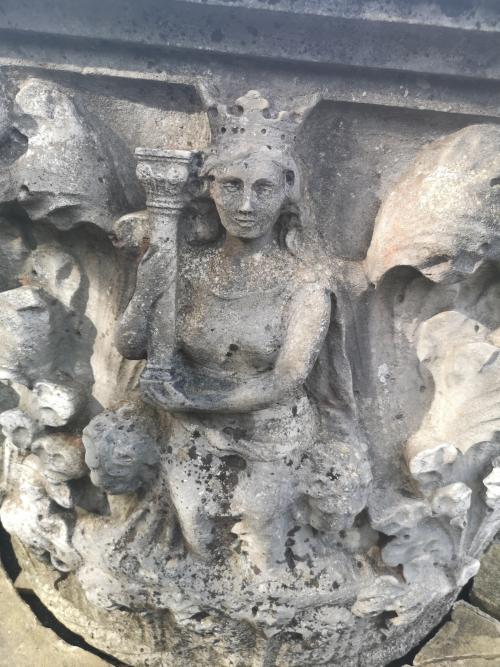 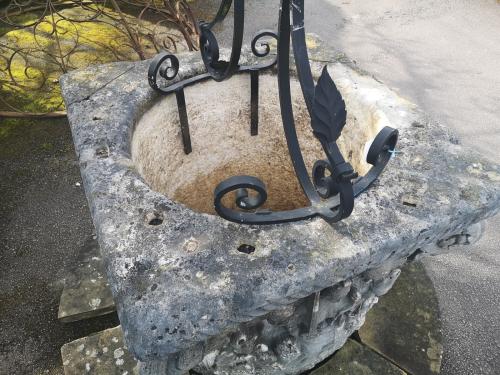 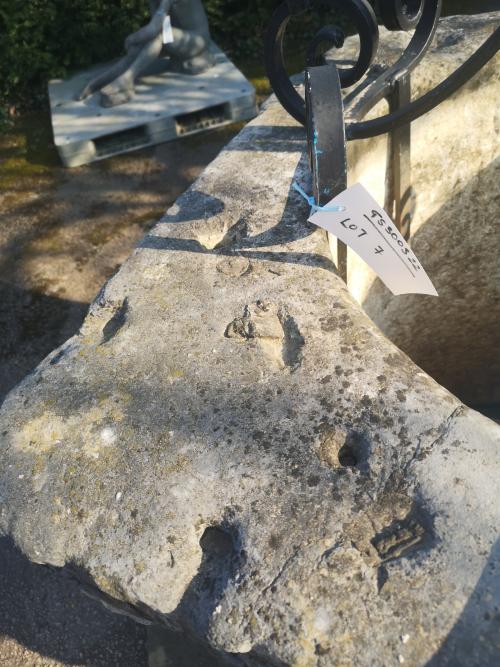 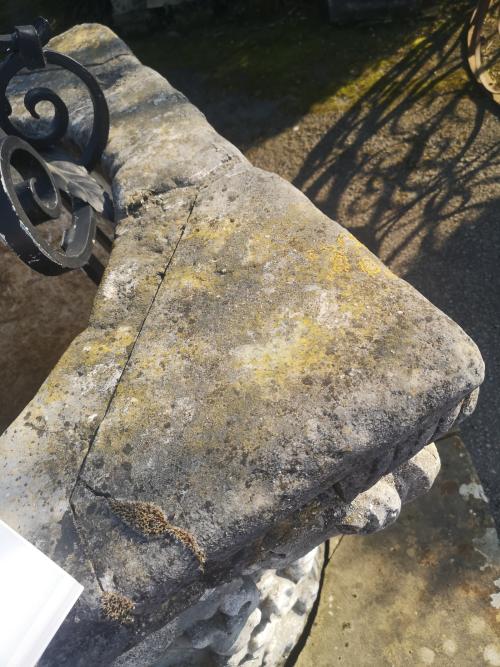 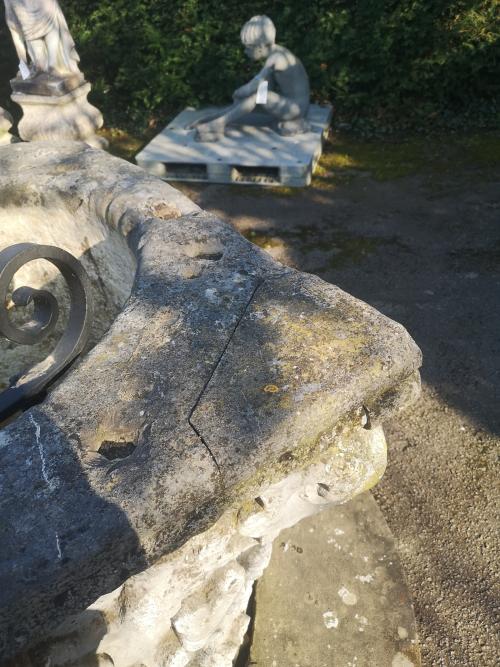 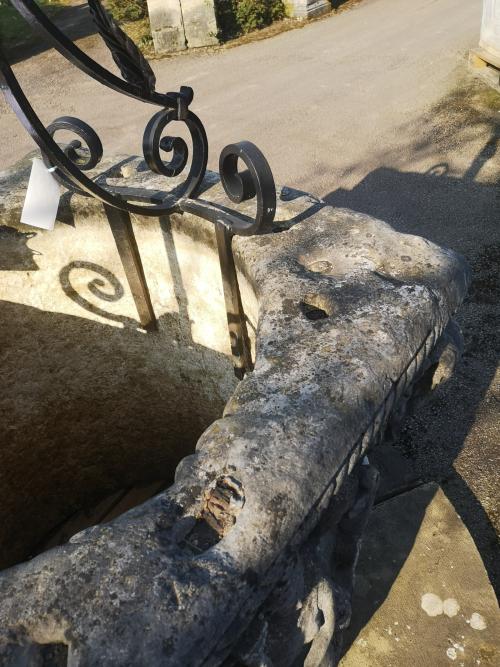 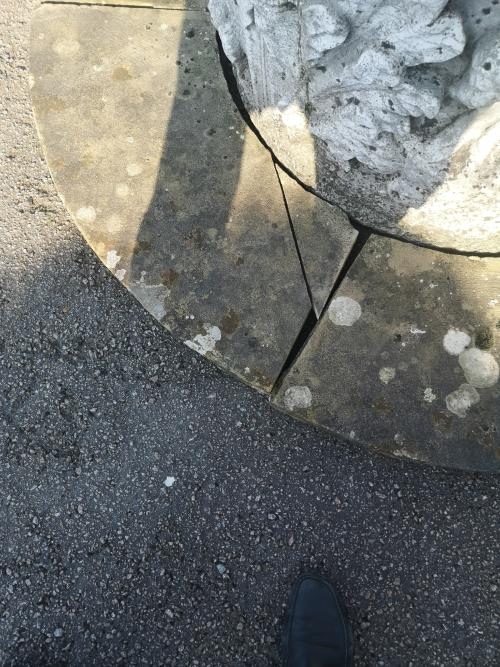 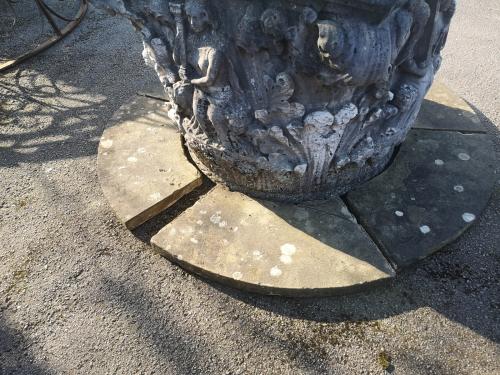 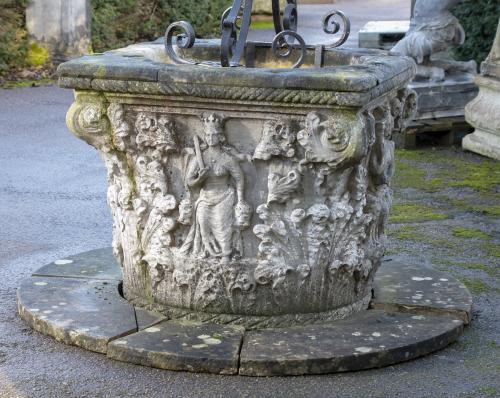 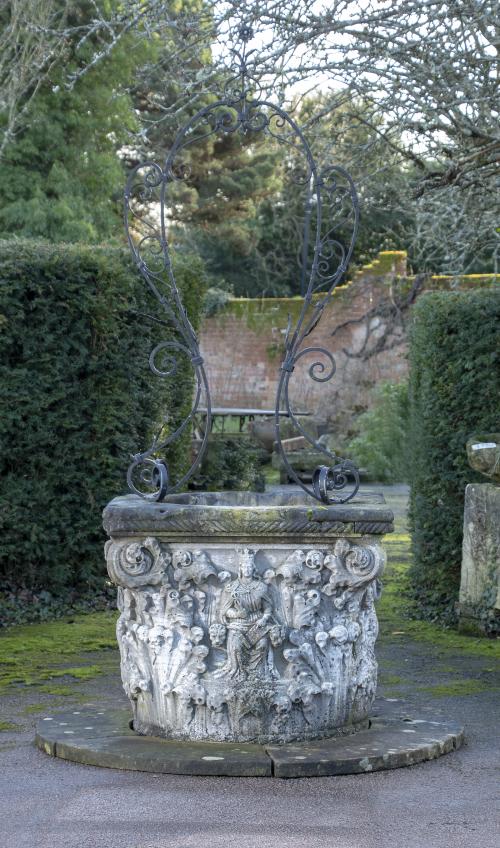 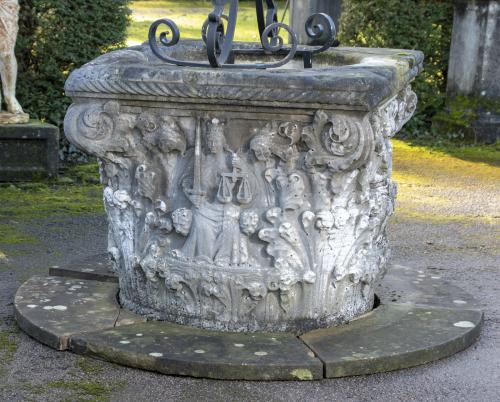 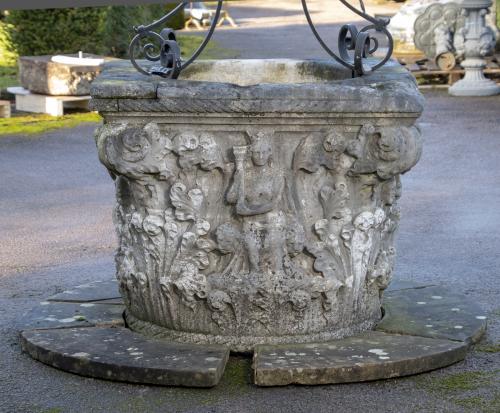 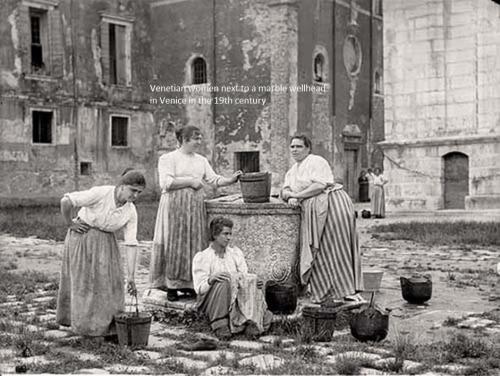 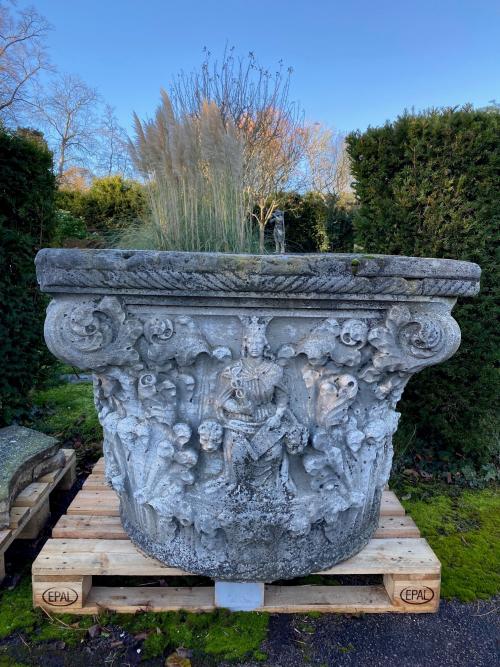 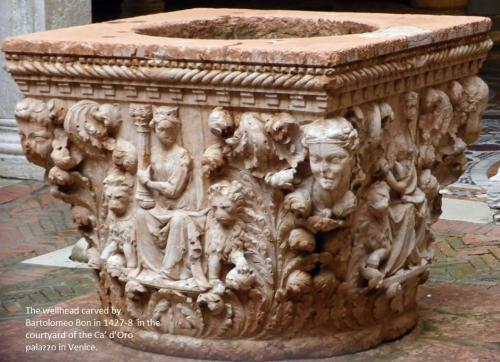 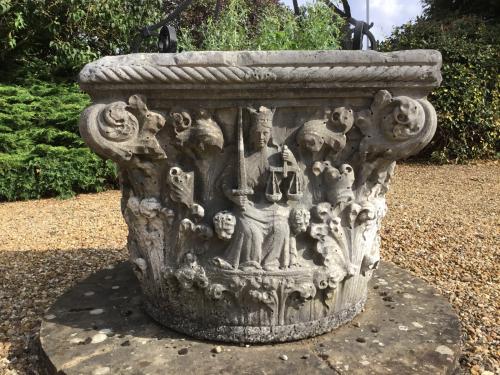 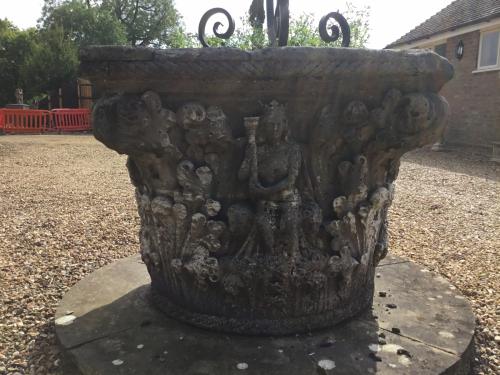 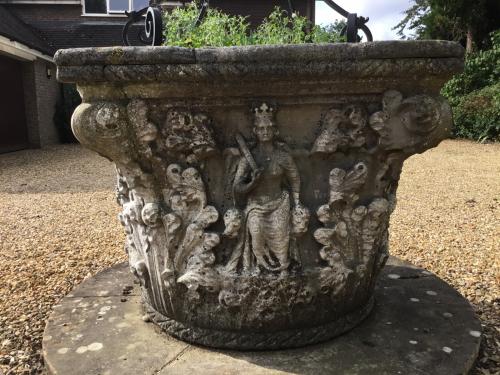 Provenance; By family repute from Horton Hall, Northamptonshire, seat of the Earls of Halifax. Charles Montagu, 1st Earl of Halifax, who later established the Bank of England in 1721, set about developing the house and estate, surrounding the house with formal gardens in keeping with their growing influence both locally and in Parliament. The last Montagu to live at Horton, George Montagu-Dunk, 2nd Earl of Halifax, extended the house even further commencing around 1742, eventually completely replacing the original medieval edifice with a grand Palladian mansion designed by Daniel Garrett, completed by Thomas Wright after 1753.

During this period large quantities of sculpture and artefacts were brought back from Italy by noblemen on the Grand Tour and it is likely that this welhead was brought back to England at this time and formed part of the remodelled gardens. Horton Hall was demolished in 1936.

The wellhead bears a lot of similarities to the wellhead which still stands in the courtyard of the of Ca’ d’Oro palazzo in Venice and which was described by Gino Voltolina, in Le antiche vere da pozzo veneziane, Venice;

“Commissioned by Marino Contarino and was made by Bartolomeo Bon from 7th January 1427 until 25th October 1428.  It was made from red marble from Verona and on its four sides were represented the figures of Fortitude, Justice and Charity, all seated on lions and surrounded by abundant foliage, late Gothic in style.... As for the figure of charity, a reference to the Corner Lunette in Frari church, carried out by the Lamberti family in about 1417 is inevitable. Other well heads similar to this one and by some Art historians also attributed to the Bon family workshops are the one in red verona now in the Victoria and albert Museum in London and another one from Corte Bressano, in Istrian stone, which is now to be found in the Correr Museum”.

A report on this wellhead by Dr Anna Tüskés, PhD, University of Budapest, Specialist in Venetian sculpture and author of a number of articles on Venetian wellheads states;

“A well-head of Istrian stone which can still be enjoyed in its late-Gothic concept. Its structure and decorative style with foliage at the corners and allegorical figures on all four sides leads it to be included in a group of about ten or so specimens produced in Venice in the 15th century. This work comes within a group of Gothic well-heads sumptuously decorated with allegorical figures inspired by the 14th century capitals of the Palazzo Ducale. These were grouped together in the 19th century under the name of the “Bon School” because of the fine Ca’ d’Oro well-head by Bartolomeo Bon dated 1427-1428.

The four reliefs represent the four cardinal virtues – Justice (Justicia) with sword and scales, prudence (Prudentia) with scroll and snake, fortitude (Fortitudo) with column, and temperance (Temperantia) with sword in sheath – in full length sitting on a throne. It differs from the others in that the foliage at the corners instead of human faces or lion faces. It has close similarities with the well-head at the Victoria and Albert Museum, London. By comparison with this, the London work has only two allegorical figures and in half length.”