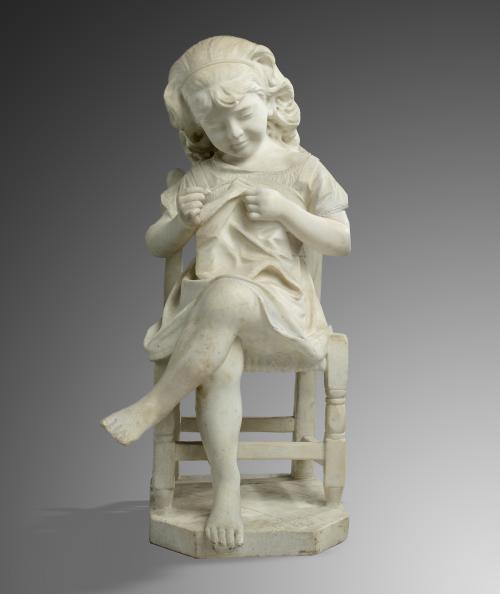 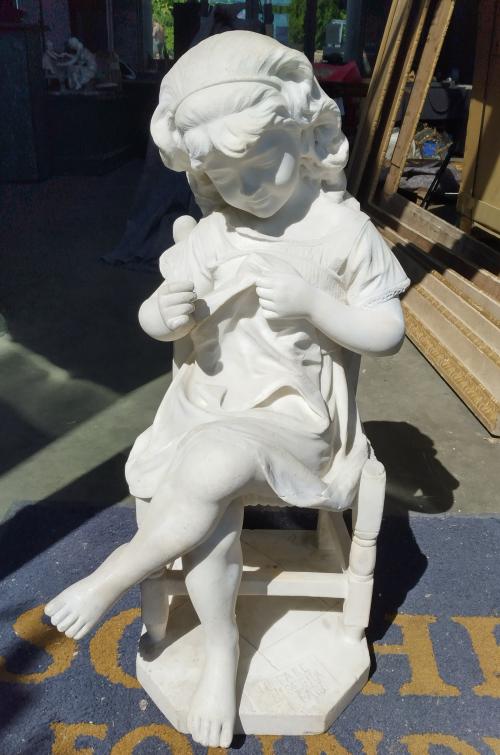 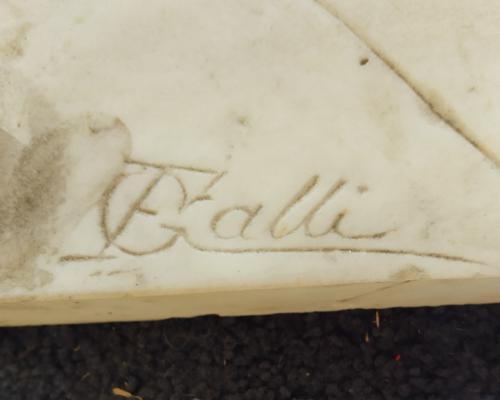 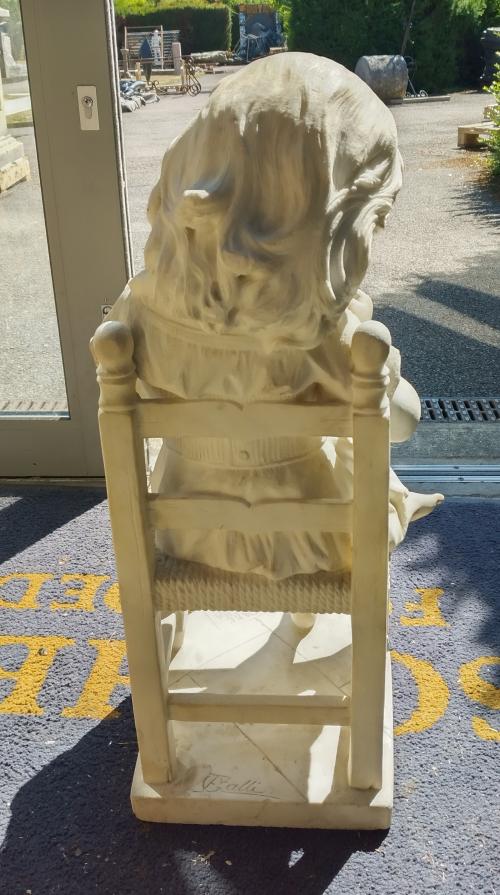 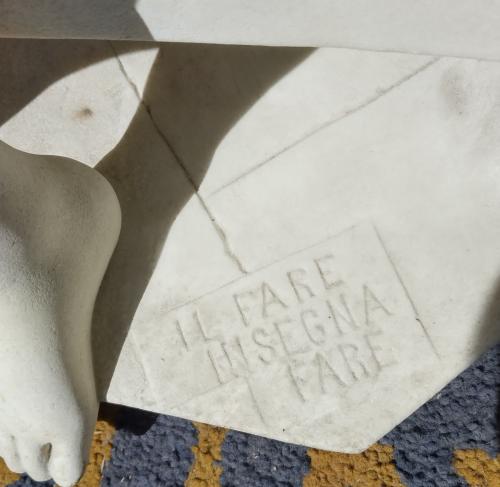 Born in Livorno, Professor Fortunato Galli (d.1918) spent most of his working life in Florence, where much of his output was sculpture for many of the major Tuscan churches, including his principal work, the statue of Pope Gregory VII for the Duomo in Flornece.  His decorative, commercial works concentrated on popular subjects and themes of the day, such as Mignon, heroine of Ambroise Thomas' 1866 opera, Carmen.

In this sculpture Galli has depicted a young girl practicising her skills at needlepoint.  Alphabet and numbers were often sewn in ordered sequence and this activity was used as part of the educational process.  Needlepoint was also a fashionable late nineteenth century craze where biography and interests could be recorded, framed and hung in the home.

The sculpture is a metaphor for the weaving of life.  The future outcome of an individua is determined by discipline and knowledge learned and laid down in formative years.