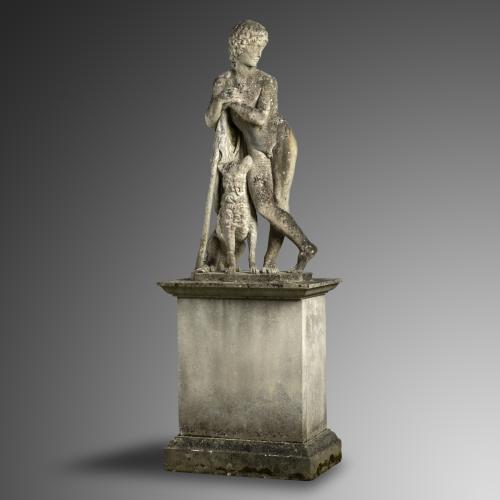 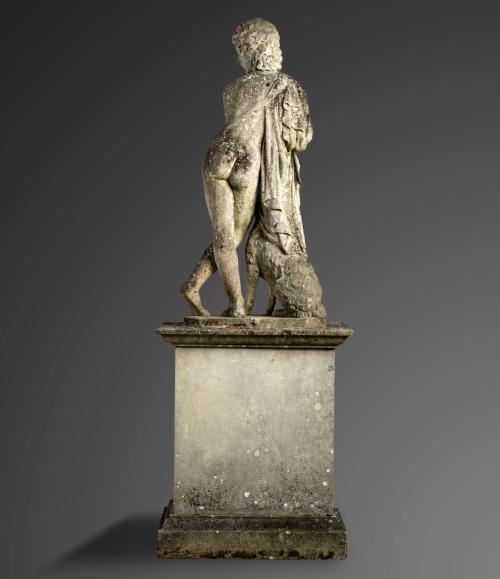 th century executing commissions for English aristocracy doing the Grand Tour. Joseph Gott in particular, was renowned for his realistic portrayal of dogs, most especially whippets and greyhounds, which he often incorporated into classical groups as in this charming composition in which an Arcadian shepherd leans languorously on a staff with a dog gazing wistfully up at his master.