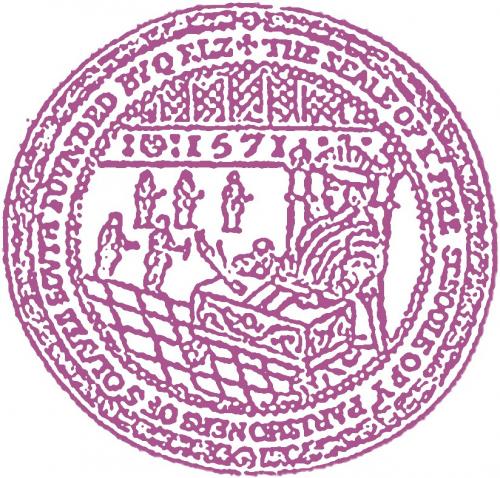 Eleanor Coade (d.1821) opened her Lambeth Manufactory for ceramic artificial stone in 1769, and appointed the sculptor John Bacon as its manager two years later. It was highly unusual in the Georgian era and earlier for a business to be set up and run by a woman.  She was employed by all the leading late 18th century architects. From about 1777 she began her engraved designs, which were published in 1784 in a catalogue of over 700 items entitled A Descriptive Catalogue of Coade's Artificial Stone Manufactory. Then in 1799, the year she entered into partnership with her cousin John Sealy, she issued a handbook of her Pedlar's Lane exhibition Gallery. The firm became Coade and Sealy from this date and following Sealy's death in 1813, it reverted to Coade and in 1821 with the death of the younger Eleanor Coade, control of the firm passed to William Croggan, who died in 1835, following bankruptcy. Coade's manufactures resembling a fine-grained natural stone, have always been famed for their durability.

These plaques are stamped Lithodipyra which is a word put together by Mrs Coade from three Greek words  meaning stone, twice and fire.  The di (twice) element in the word refers to the grog part of the formula and also to the crushed glass which was included, both of which were fired twice, once to produce them and a second time when kneaded into fresh clay to form the Coade body.  This clever marketing ploy reinforced a major element of Coade stone's desirability, namely its durability. Interestingly  pieces stamped Lithodipyra  were only manufactured in the 1780's and 1790's which gives us a pretty accurate timeframe in which they were made and since they are obviously very site specific, they would have been a one off commission.

Henry Leeke, a Southwark brewer, left a will on 13 April 1560 which gave £8 a year towards the founding and maintenance of a new free school. On 25 July 1571 letters patent were obtained which established the school as a grammar school. The charter stipulated that the school be called: The Free Grammar School of Queen Elizabeth of the Parishioners of the Parish of Saint Olave in the County of Surrey.

Initially the school was housed in the old Vestry Hall of the church and its adjoining premises (on the west side of Churchyard Alley, a narrow lane off the south side of Tooley Street, running parallel with Borough High Street).  Although the school was untouched by the Great Fire of Southwark, major renovation and extension was undertaken in 1676 after the fire. These unusual plaques bearing the date of the school's founding in 1571, date to around 1780-1790, prior to the school's relocation to Bermondsey in 1829. The school has subsequently moved a number of times and is now located in Orpington, Kent.

She further records the Architect of the school as Samuel Robinson 1752-1833.

Mrs Coade appears to have taken as her inspiration an already existing circular engraved woodcut?? of the school, probably contemporary with its foundation which is still in use as the school seal today.