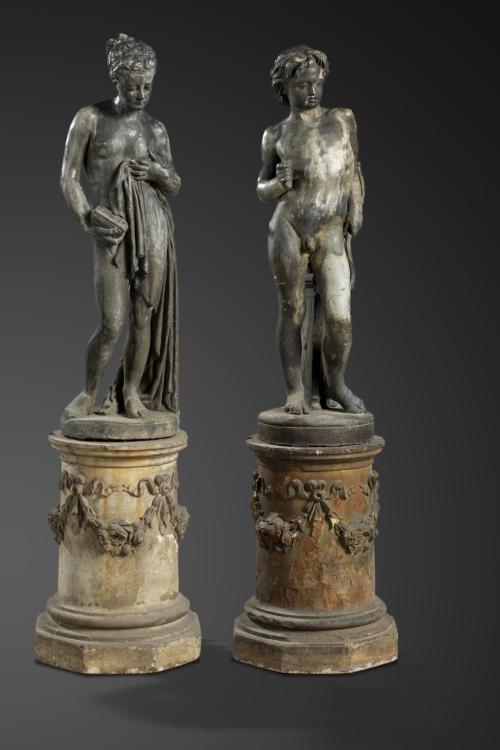 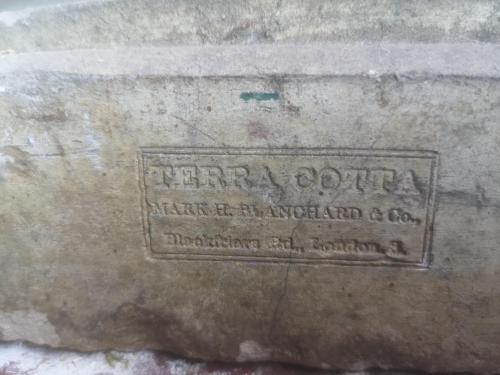 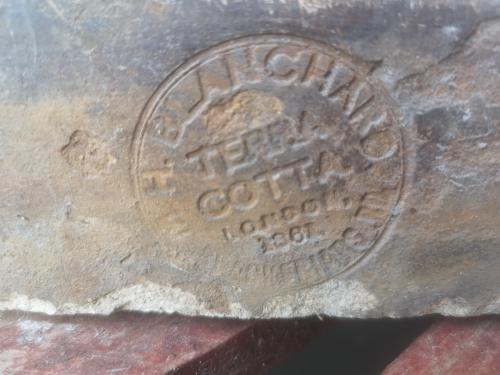 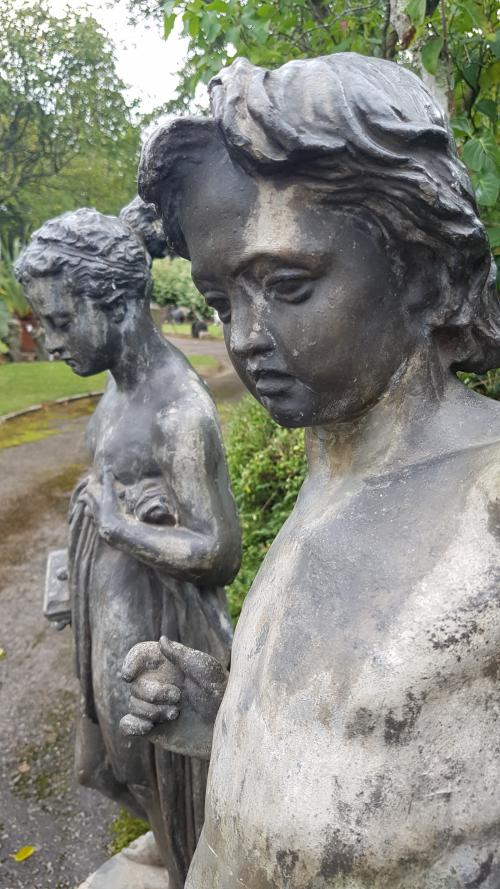 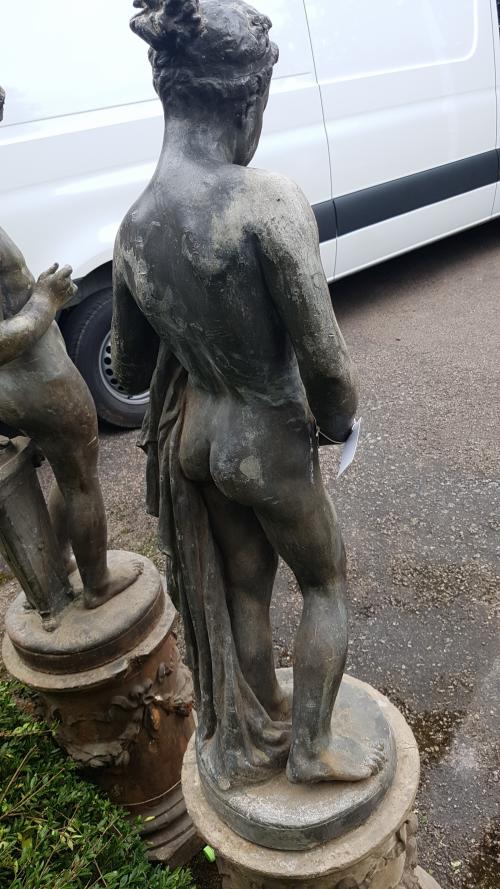 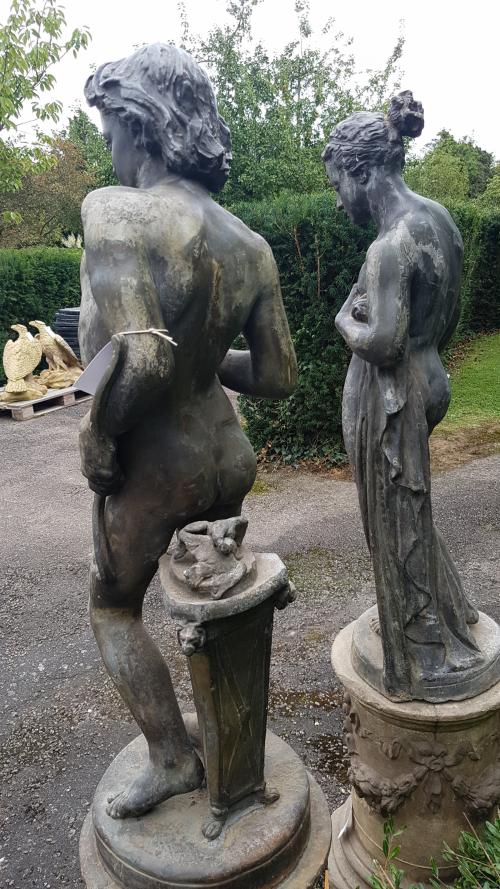 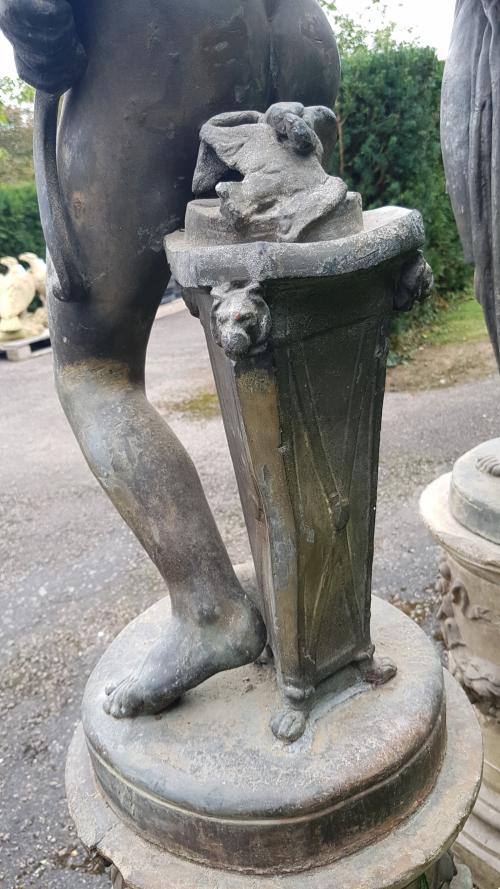 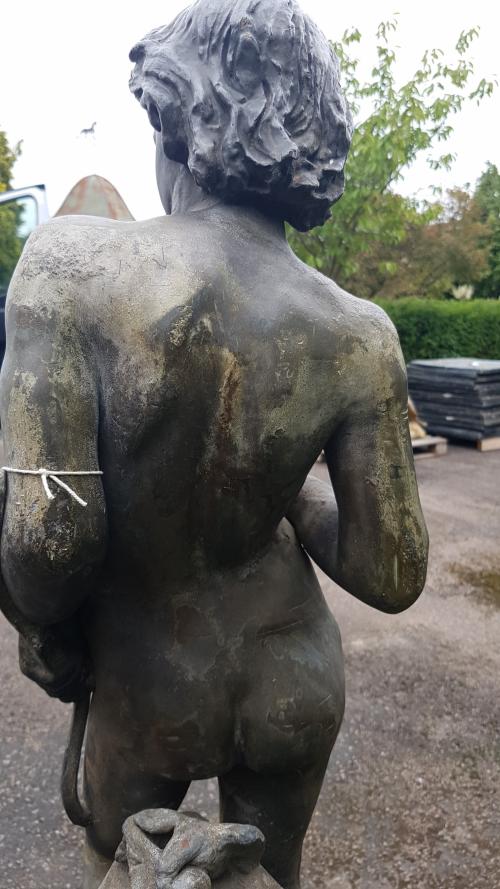 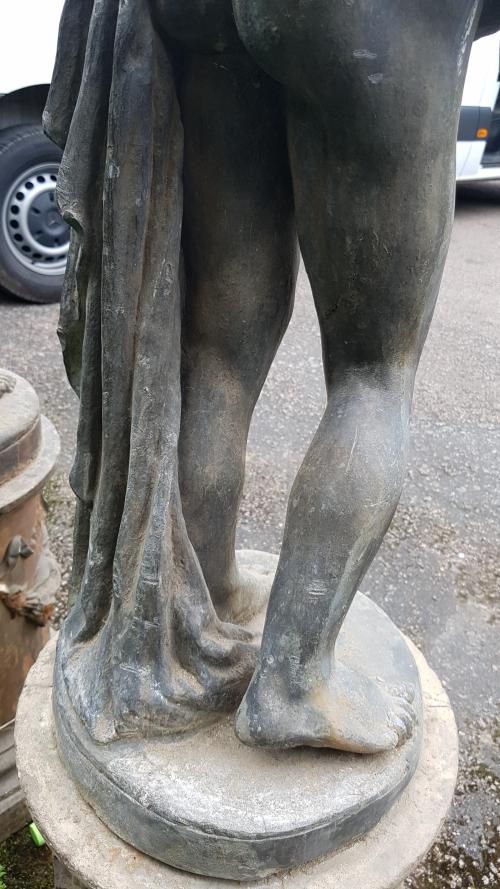 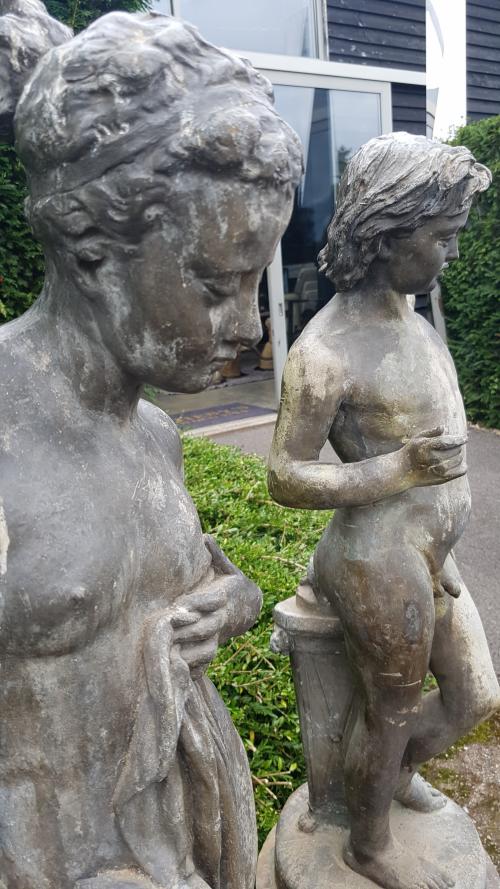 A pair of lead figures of Cupid and Psyche

This rare pair of lead statues were almost certainly made from moulds taken from two 19th century French sculptures either originally in marble or bronze. Although popular in the 18th century lead was superseded by cast iron in the latter half of the 19th century before undergoing a revival in interest in the early 20th century when this pair were probably made, however they do not appear in any of the catalogues of the established lead producers of the time, such as H.Crowther and Son or J.P. White and as such are probably one off castings. Unusually, the two Blanchard pedestals, although identical have different Blanchard stamps.